In the Company of Support
The Alexander Technique at Roger Williams 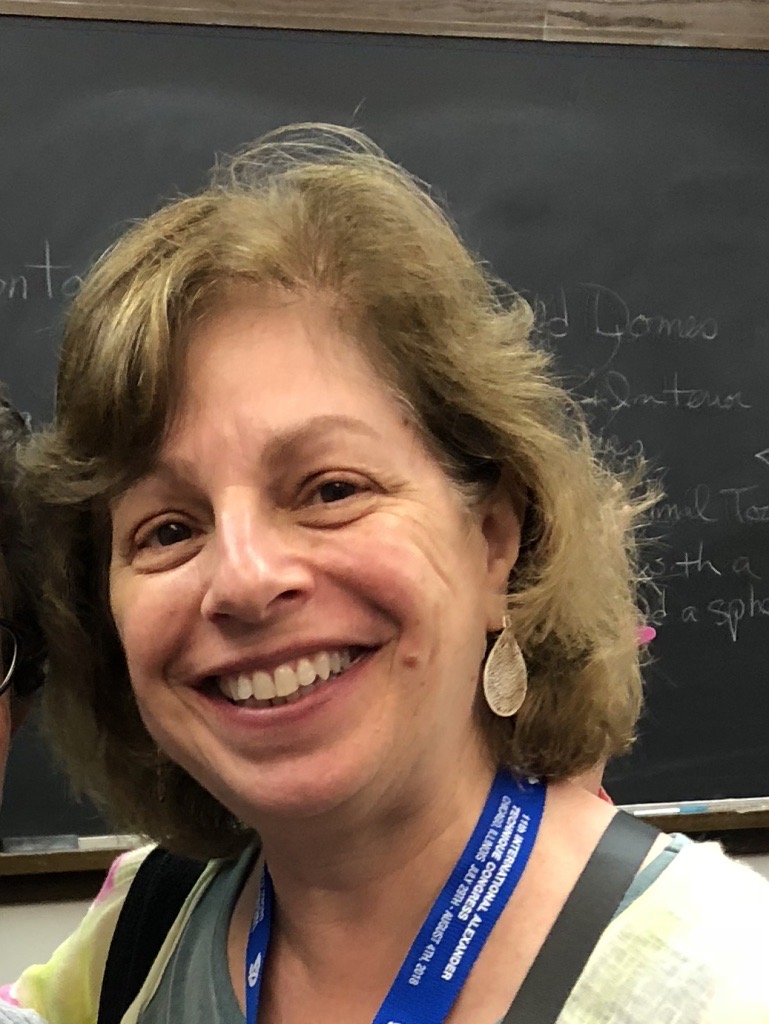 Debi Adams is a Certified Teacher of the Alexander Technique. She received her certificates in 1992 from The Alexander Technique Center of Cambridge (Tommy Thompson, Director) and Alexander Technique International. She is also a Nationally Certified Teacher of Piano. Debi holds a Master of Music Degree in Piano Performance from Boston University. She has also completed Actors Secret training with Betsy Polatin which she continues to study. This training combines Alexander Technique with the trauma work of Peter Levine and the breath work of Carl Stough.  Debi currently teaches the Technique at Boston Conservatory at Berklee, where she also directs a teacher-training course. She maintains a private practice in piano and the Alexander Technique and performs in the Boston area as part of the Well-Tempered Pianist duo. Debi has been fortunate to share her work in Canada, the Czech Republic, Japan, Korea, Peru and throughout the United States. Her struggle with a hand injury led her to the Technique and has deeply influenced her teaching of this work. 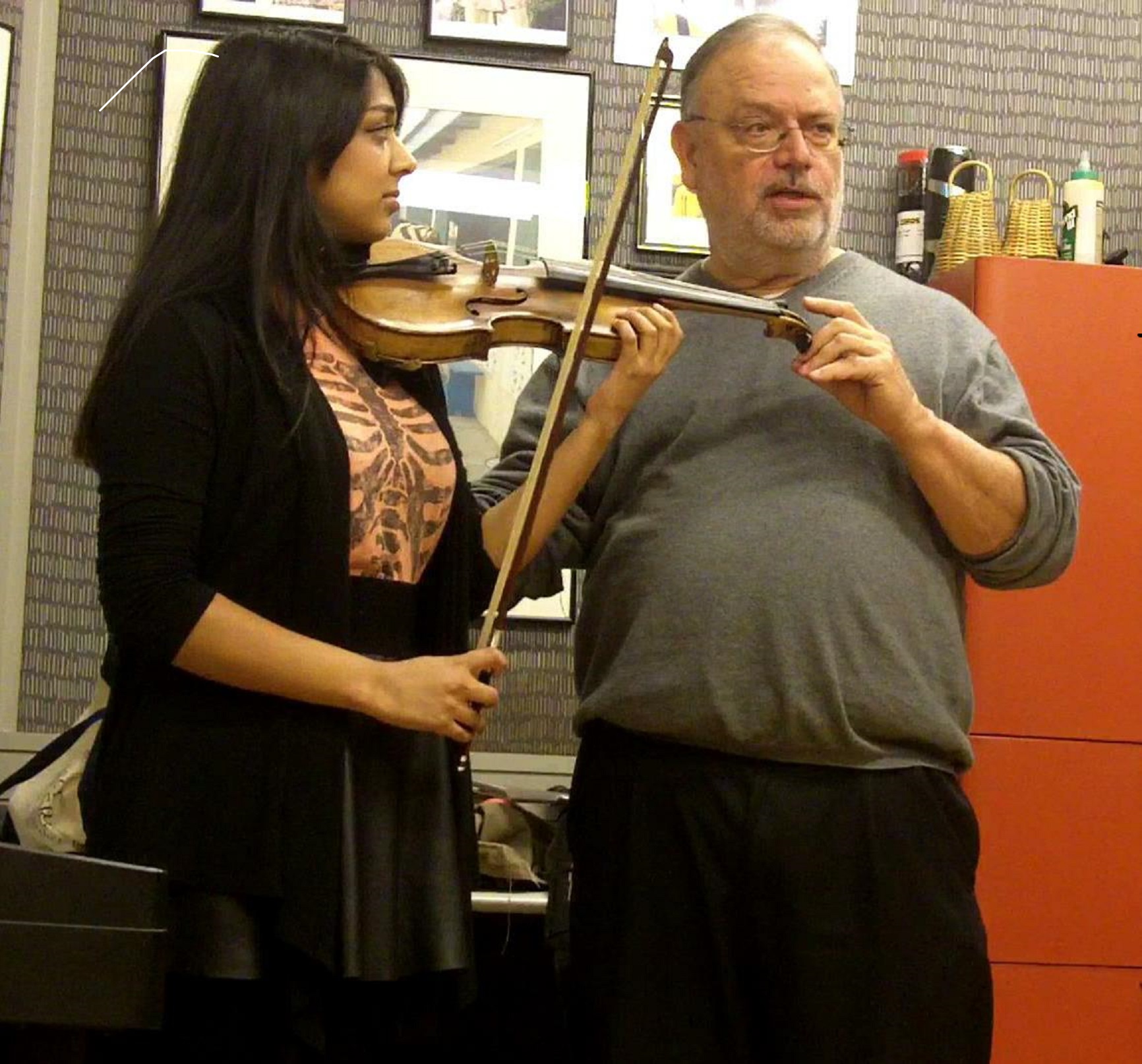 Bob Lada is a Certified Teacher of the Alexander Technique having received his certificates from Tommy Thompson and from Alexander Technique International. Bob is a professor at Berklee College of Music and a member of the Effortless Mastery Institute there.  He teaches at the Boston Conservatory, the Alexander Technique Center of Cambridge, Chesapeake Bay Alexander Studies as well as in private practice in Cambridge, MA. He has taught at American Repertory Theater and Harvard Extension School, conducted workshops throughout the USA, Asia, and Europe and is a charter member of Alexander Technique International. Bob has also completed Actors Secret training with Betsy Polatin which he continues to study.  This training combines Alexander Technique with the trauma work of Peter Levine and the breath work of Carl Stough. Bob's primary background is in athletics and analytics and he looks at the Technique as a tremendous aid in getting out of one's way in performance situations so that creativity and skill can come through. His perspective on AT is one of transformation as the path to more fully participating in the present. 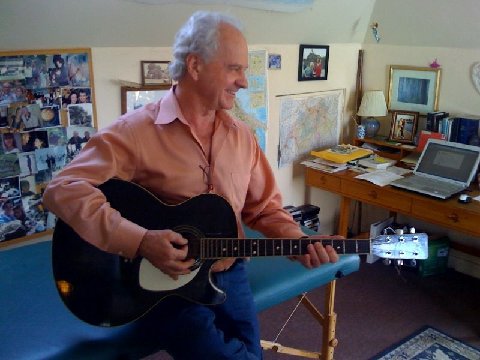 Tommy Thompson has taught the Alexander Technique since 1975 to professional and Olympic athletes, dressage riders, scientists, physicians, corporate and university professionals, musicians, dancers, actors, children and the disabled. He has an active private teaching practice and has given well over 900 workshops for Alexander teachers, teacher trainees and the general public in the U.S.A., England, France, Ireland, Spain, Hungary, Canada, the Netherlands, Switzerland, Germany, Austria, Italy, Japan and Israel and Korea.  Tommy served as special assistant to the 1976 Olympic USA Heavyweight Rowing Crew and was Founder and Director of the Alexander Technique Center at Cambridge, which for three consecutive years was awarded: The Best of Cambridge in Alternative and Holistic Health.  At the center, Tommy has been training Alexander teachers since 1983.

Tommy was on the faculty at Harvard University for 12 years where he taught the Technique to graduate students enrolled in the Institute for Advanced Theater Training, Harvard University/Moscow Art Theater and the American Repertory Theater. A former Assistant Professor of Drama and Managing Director of Tufts Arena Theater at Tufts University, Tommy has acted and directed over 200 theater productions, working, acting or directing with such notable artists as Jerzy Grotowski, actor/producer and two time Oscar winner, Michael Douglas, Jerry Turner (of the Oregon Shakespeare Festival), Georgi Paro (Dubrovnik), Robert E. Lee (Inherit the Wind) and with Tennessee Williams in a revival of Eccentricities of a Nightingale (1977). Tommy is co-founder, charter member, and was first Chair of Alexander Technique International (ATI). His contributions to ATI earned him the ATI Life Time Membership Award. He is also an Honorary Member of ATI France (ATIF), the Irish Society of Alexander Technique Teachers (ISATT), and a teaching member of the Japan Alexander Technique Association (JATA).

Tommy co-founded the Alexander Technique Association of New England (ATA) in 1982 and the Frank Pierce Jones Archives and the F. Matthias Alexander Archives, initially housed in the Wessell Library at Tufts University. He was ATA’s director for six years.

Tommy is the author of Touching Presence and co-author of Scientific and Humanistic Contributions of Frank Pierce Jones and has contributed numerous papers on the Alexander work, Tai Chi, and theater to Alexander and theater journals, periodicals, martial arts journals, and newsletters. Tommy has taught in over twenty teacher-training courses around the world, presented papers at both the First and Second International Congresses for Alexander Teachers, was one of the Second Generation Teachers invited to give master classes at the Third International Congress and has consistently given Continuous Learning classes at the congresses since their inception.

Tommy is currently writing a novel-in-progress, Just Like Always, while beginning a another book on the Alexander work, Evolution of a Teacher: An Awakened Life